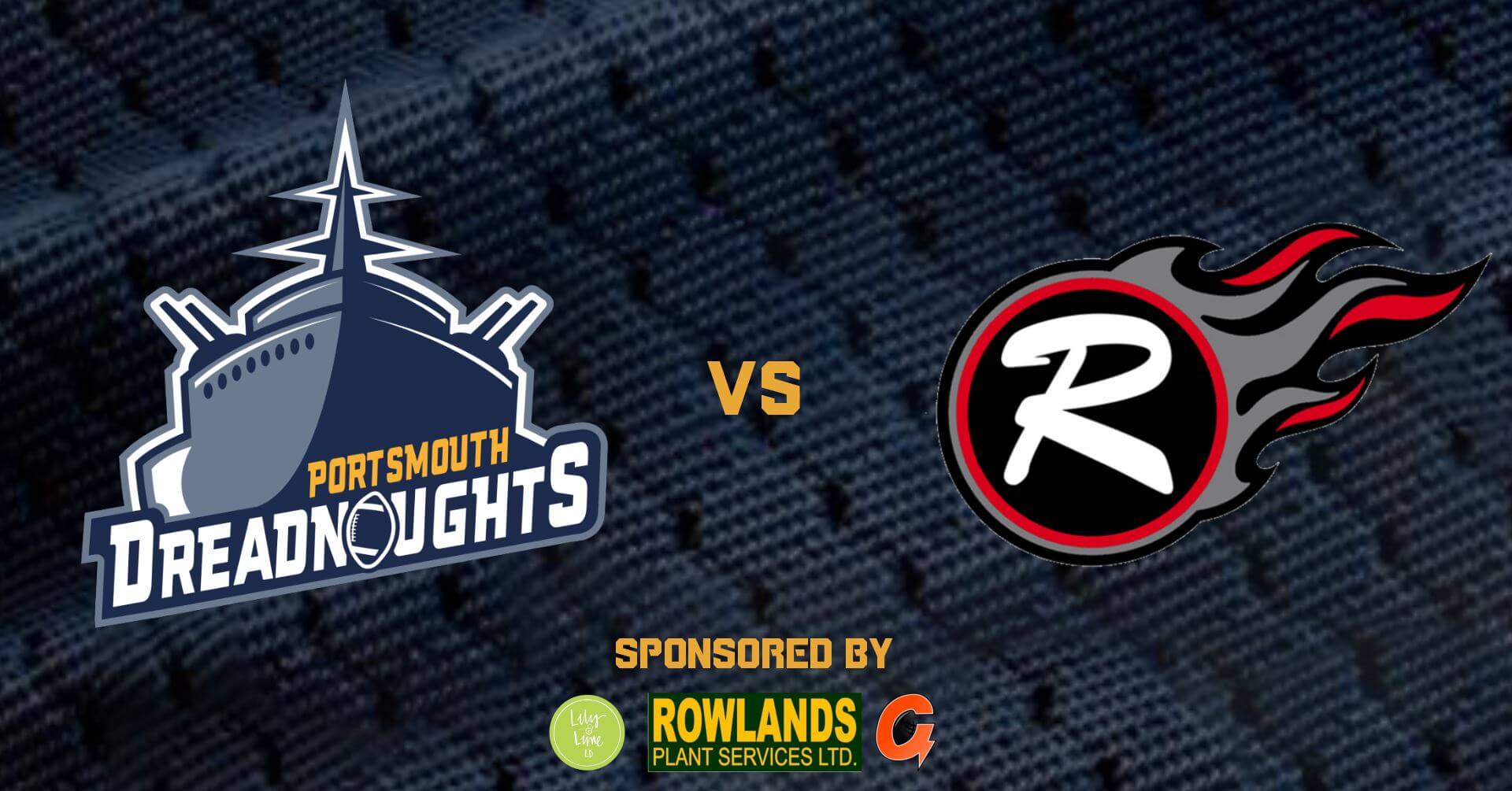 The Portsmouth Dreadnoughts are back to winning ways after a convincing win over Berkshire Renegades on Sunday.

The Division One fixture saw the hosts win 47-0 in only their second victory of the season.

Head coach Luke Head-Rapson praised his side for their resilience and control in the game.

He said: “It is a real relief to have won. It has not been the easiest of seasons so getting wins like this is absolutely essential and hopefully something we can build on and take into the next game.

“This is one of the first times this season we have played with intensity and been tough.

“We had some discipline in the defeat against Hertfordshire Cheetahs but we didn’t in the loss against Sussex.

“That discipline was back for this game and we were able to keep our cool and stay calm.

“We were resilient and the team start believing they can do it.”

George Evans converted the kick to give the Dreadnoughts a 7-0 lead at the end of a quiet first quarter.

Shortly after, Chance threw the ball 10 yards to wide receiver Benny Debrah who got the Dreadnoughts’ third touchdown.

Evans scored his third kick to make it 21-0 at the break.

After the restart, linebacker Ryan Oxley intercepted the ball from the Renegades quarterback to give the Dreadnoughts offence another chance on the field.

But they had to settle for a field goal by Evans.

He scored his second field goal of the game shortly after to give his side another three points.

In the fourth quarter, Chance threw a touchdown pass to tight end Jack Flemming and the kick conversion made it 35-0.

On the following kick-off, Berkshire fumbled the ball and it was recovered by Dreadnoughts’ Oxley.

With the offence back on the field, quarterback Stu Rees threw the ball 35 yards to Smith for a touchdown. Evans scored the extra point.

As the game came to a close, linebacker Joey Foggan intercepted the ball from the Renegades on the 35 yard line and ran to the endzone.

But the Dreadnoughts missed the extra two points to finish the game 47-0.

They now face the Hertfordshire Cheetahs at home on Sunday, a game Head-Rapson said his side are capable winning.

It should be a close tie after the reverse fixture ended 13-8 to the Cheetahs.

He added: “We have to keep the momentum going and keep the belief we had against Berkshire.

“If we play as we did Sunday and perform to our capability we can win.

“This season has been hard but rewarding, it is a struggle but the wins have been far more rewarding than before.

“It is a big challenge but this is the league we want to be competing in.”