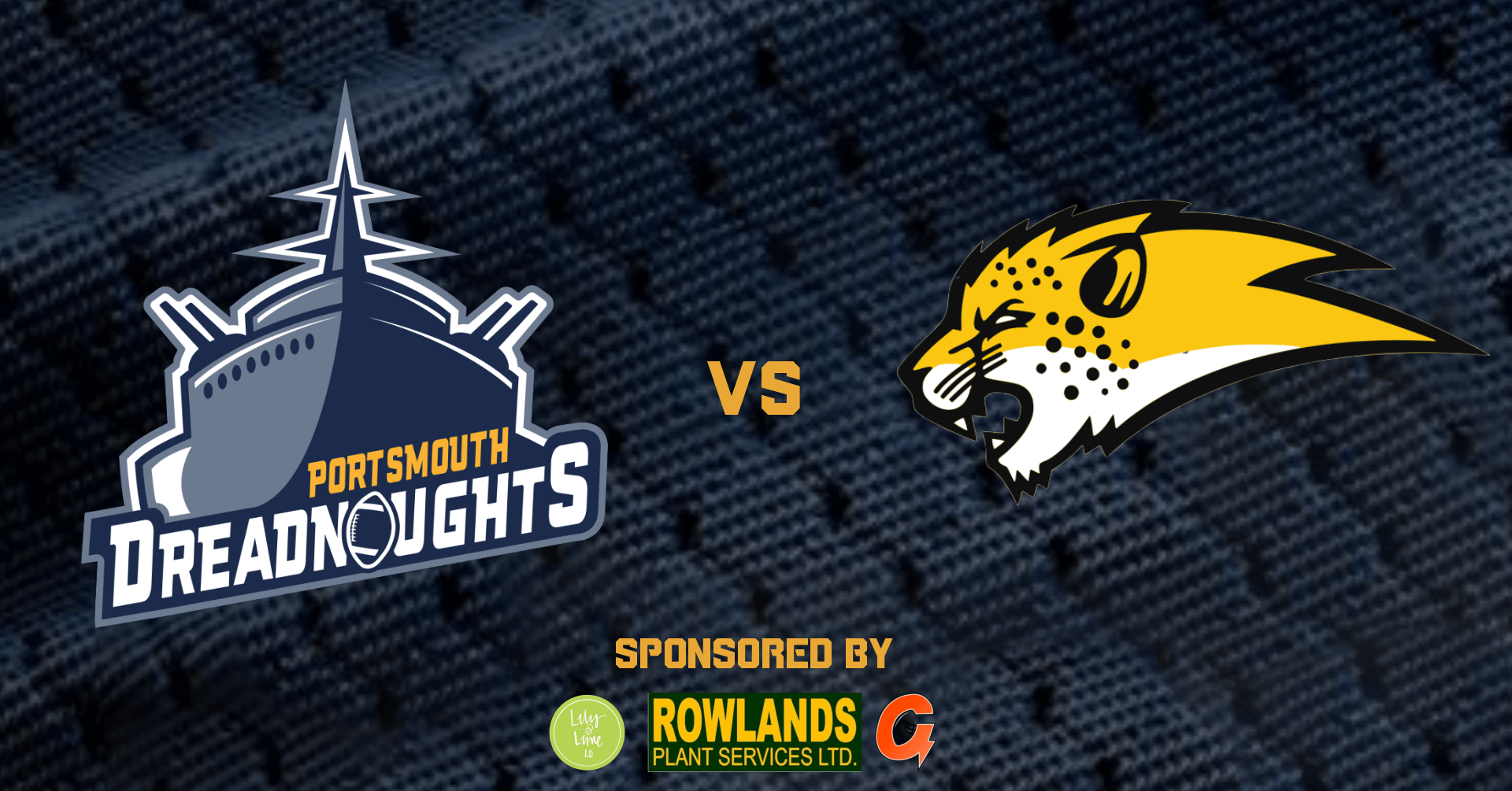 A CLOSE-fought game saw the Portsmouth Dreadnoughts lose 21-19 against the Hertfordshire Cheetahs.

The Division One fixture at Hooks Lane saw a competitive first half but it was the visitors who held on for the victory.

Dreadnoughts offensive co-ordinator Dave Gibbs said it was the smallest of margins that separated the sides.

“Hertfordshire are a team we know well so I always expected it to be a close game,” he said.

“It was an exciting first half, especially for the neutrals – two teams going back and forth.

“They would score and then we would score, there were turnovers, big plays but ultimately not the result we were looking for.

“Our defence played well, they managed to get us good positions on the field but we couldn’t capitalise.

“There’s no easy outs this year, every team is at our standard or better. We need to up our performances.”

The first quarter saw Hertfordshire open the scoring with a 35-yard throw into the endzone and a converted extra point.

Shortly after, Dreadnoughts running back Kyle Phillips caught the ball and ran for his side’s first touchdown. The kick hit the post to make it 7-6.

A short run from the redzone saw the Cheetahs extend their lead with another touchdown and a successful conversion.

At the start of the second quarter, Dreadnoughts running back Ash Martin ran the ball into the endzone.

The hosts went for the extra two points but Hertfordshire held strong to keep them out.

Later in the half, the visitors intercepted the ball and, on the next play ran for a touchdown and got the extra point to pull further ahead.

But the Dreadnoughts kept their focus and Phillips got his second touchdown of the game.

This time, they converted the kick to make it 21-19 at the break.

In the second half, both defences upped their game – forcing punts after the offences failed to gain yards.

A fumble by the Cheetahs gave the Dreadnoughts first down on the eight-yard line but they could not find the touchdown.

With the clock ticking down, the home side had a final chance to steal the win but Hertfordshire remained focus to see the game out.

The Dreadnoughts go to Oxford Saints on Sunday – a team they have never faced before.

Gibbs added: “Having three games back-to-back is going to be tough on some of the players and hopefully the physicality of that won’t take too much of a toll against Oxford.

“It is exciting to face a new team – it will be interesting to see what they bring to the table.

“I am confident in our players though. Our offence has got into a rhythm and can put in a strong performance for that third win.”