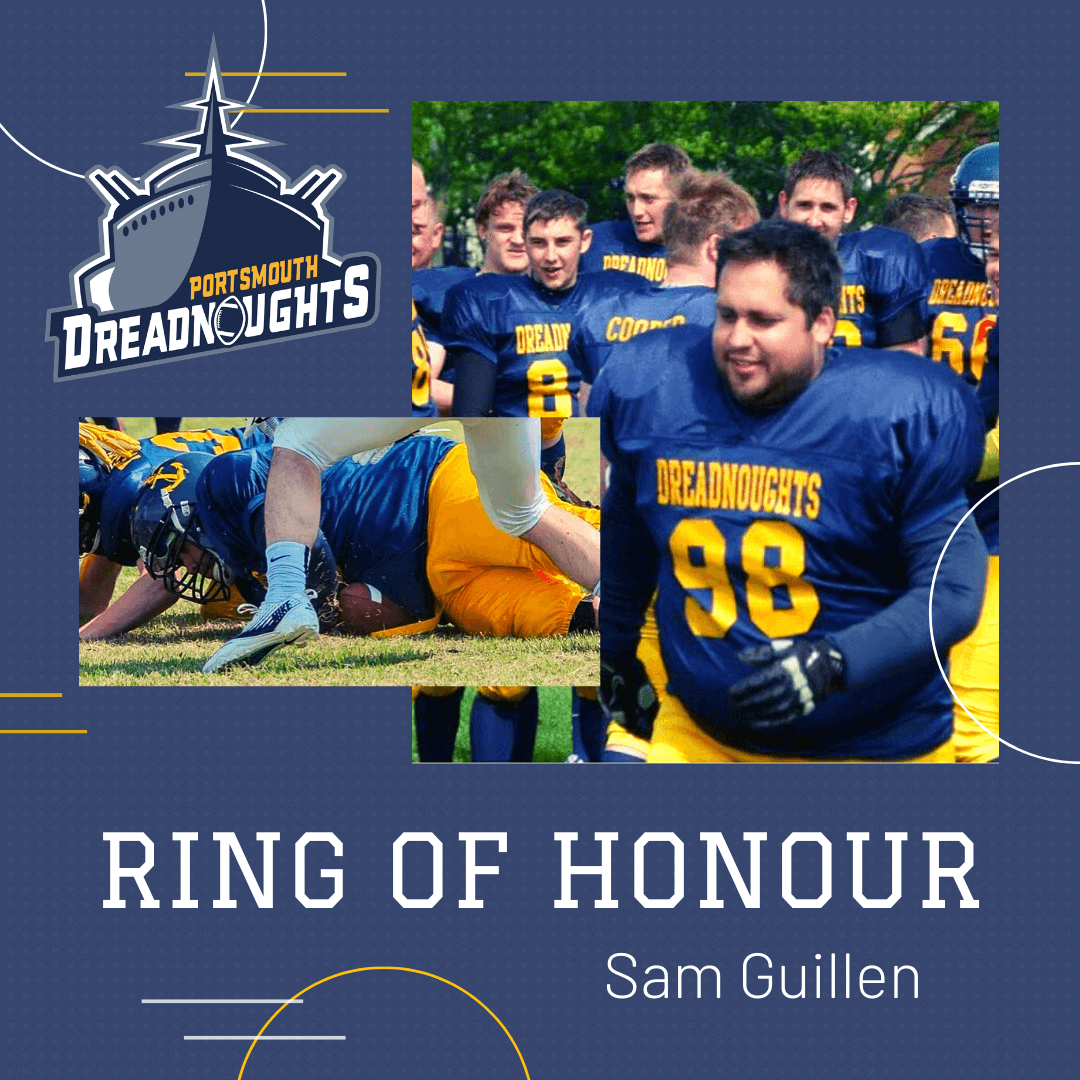 Today the Dreadnoughts inducted its 4th member into the ring of honour.

Sam Guillen was a member of the team who went through the associate process in 2013 playing against Plymouth and London Hornets. he also played 3 years in Division 2 for the Dreadnoughts Anchoring the D Line.

Sam’s biggest impact to this club is the roles he has held on the committee since the creation of the team. His knowledge and experience has helped the club in a number of ways and finds himself being recognised for this.

Sam had this to say about his induction into the ring of honour.

“It’s a great privilege to be named in the Dreadnoughts Ring of Honour. The club has gone from strength to strength and it’s been a pleasure to be involved and see it flourish and become the club it is today. I have enjoyed every minute of my involvement, and it’s testament to all the players and coaching staff that the club has gone so far in such a short time.”

Sam still currently sits on the Committee as a welfare officer and is also the Chairman of the Academy team. Whilst still early in the development the foundations for the team are looking strong thanks to Sam.

If you are interested in Joining any of the Dreadnought’s team.  Men, Woman’s or Academy please contact our email address info@portsmouthdreadnoughts.co.uk

Congratulations Sam on making the Ring of Honour.