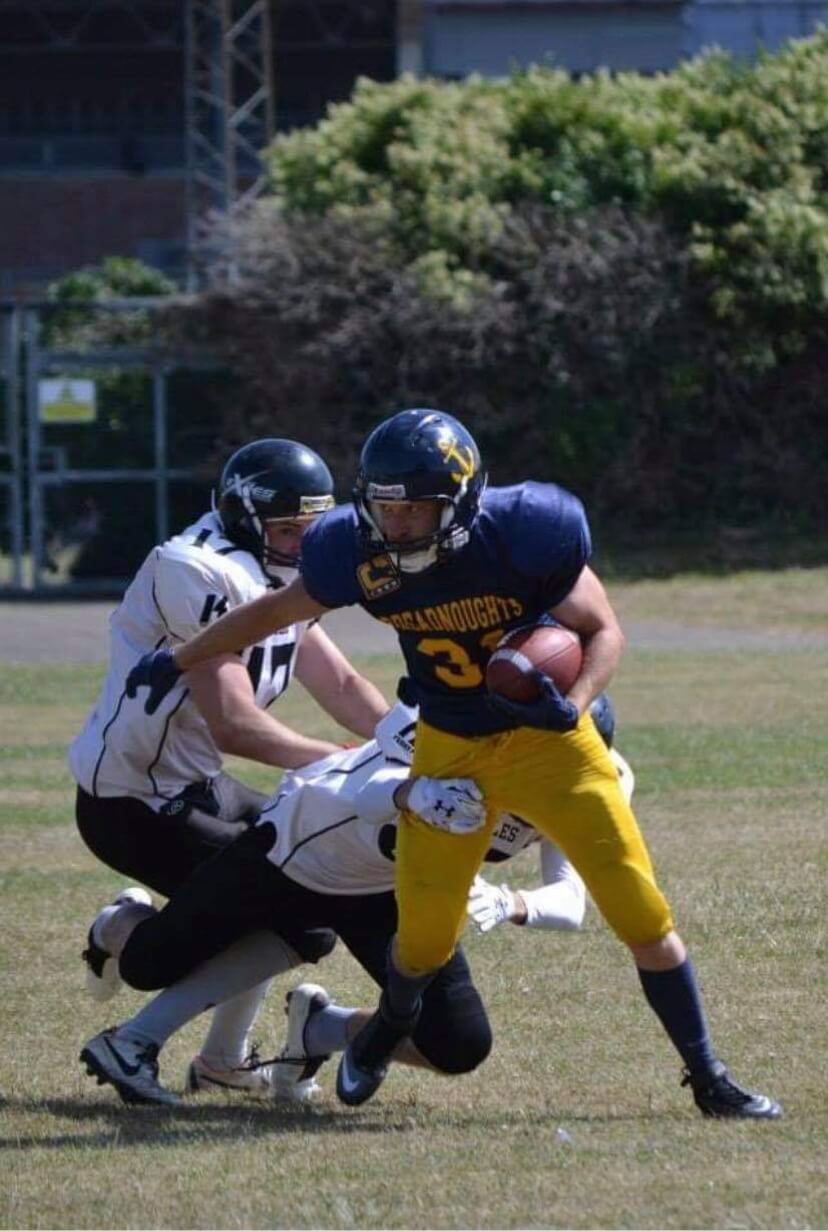 The club are happy to announce that Defensive Back Joe Perry has been added to the Portsmouth Dreadnoughts Ring of honour.

Joe Perry was a founding member of the club when entering the league and captained the side in 4 consecutive seasons. Joe played a massive part in keeping the club alive during our 2014 season when the future of the Dreadnoughts was unknown.

On the field Joe always left everything on the grid-iron and was a anchor for our defence. His leaderships skills helped pull together a very unexperienced defence and mould it into one of Division 2s dominant defences.

Here is what Joe had to say about being entered into the Dreadnoughts Ring of Honour;

“being a captain of the Dreadnoughts was a real honour for me. i was able to lead an eclectic group of people from all parts of life, who may have never met if it wasn’t for the love of the game. Being a Dreadnought meant pushing myself physically but also gave me the opportunity to step up and be a leader and its a privilege to be recognised for this.”