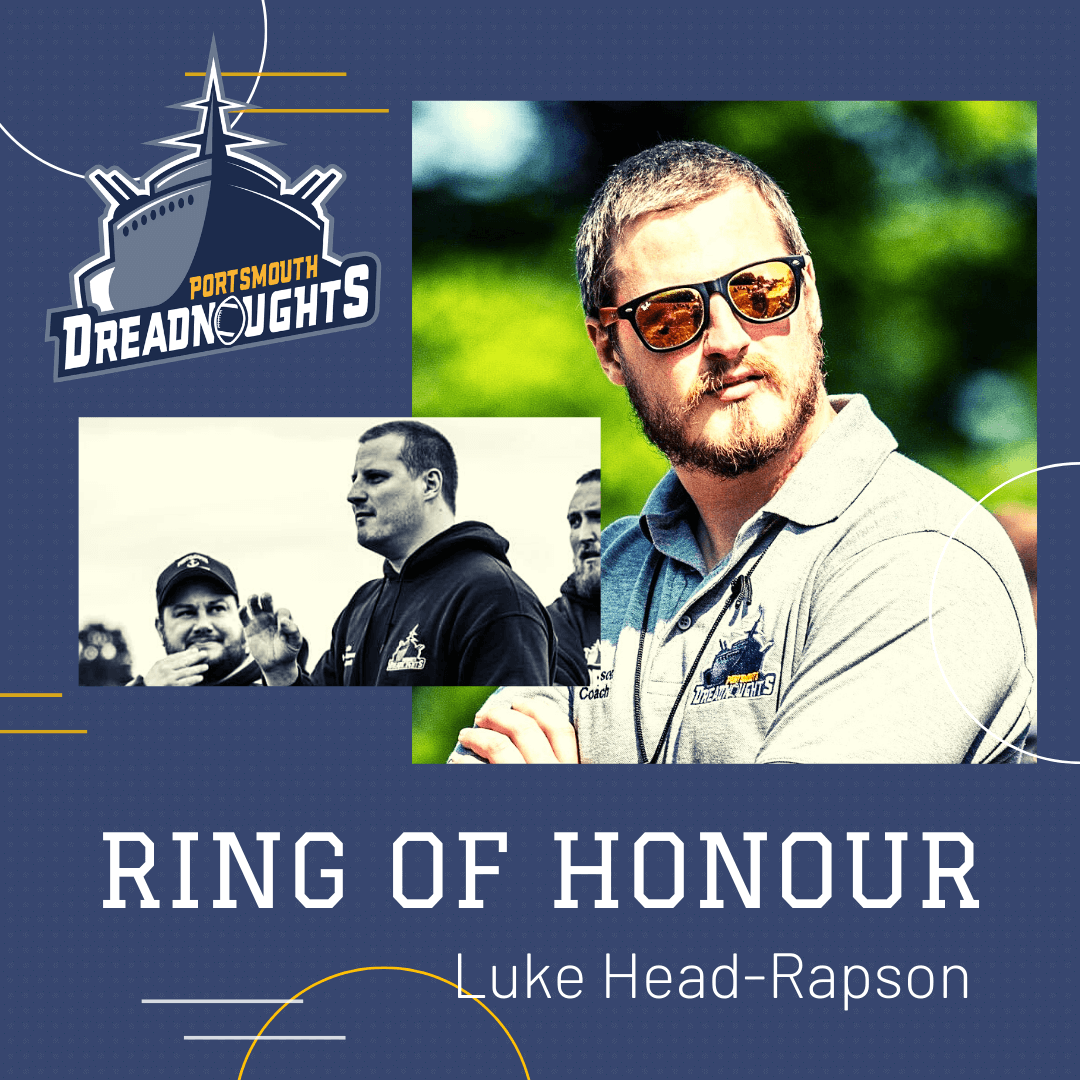 After recent additions to the Ring of Honour Coach Luke Head-Rapson makes the list.

Luke started off playing for the Dreadnoughts in 2014 as a LB playing in the teams 1st season. Unfortunately due to a knee injury Luke stepped down from playing and became the teams LB coach in 2015.

In 2016 Coach Luke was given the head coach position and took charge of the Dreadnoughts the team had only ever won 2 games.

In his first season in charge he was able to gain 4 wins leaving the team mid of Division2. it was in his 2nd season that he was able to get the team firing. When unexpectedly the team made it to the semi finals losing out to a closely fought contest with the Wembley Stallions.

In his following season a lot of expectations were on the team to perform well due to how well they had played gaining a lot of plaudits. After a very strong season the team were beat by division rivals the Hertfordshire Cheetahs in the Div 2 play off final.

Coach Luke’s final season was the teams first in division 1 where he was able to pick up 3 victories and steer them to safety from relegation.

Luke had this to say about his Induction into the ring of honour.
“It Truly is an honour to be put into the Dreadnoughts Ring of Honour. When i first took over the team we had only ever won 2 games. I played for the club in its very first fixture and was involved in every game since the clubs inception. I’m hoping i did a better job at being a coach then i did a player.

I’m really proud how as a team we were able to get the best out of guys to be better players and coaches. I’m really happy to see players i taught the game become coaches in their own right and how coaches i worked with have gone on to bigger and better things.”

Coach Luke has left a legacy behind that he and the club can be extremely proud of and hopefully we see him back on the grid iron one day.